There was something on the radio from some station down in the canyon country about country-boys on my way out to the transfer station today.  It flashed me back to John Denver days, “Thank God I’m a Country-boy!”.  There really is little difference between a country-boy and an urbane gangster.  Both are cock sure, both are wary of strangers and have territory to defend.  Ultimately, both will rely on their fists or a gun to solve their problems, especially when they are messed up partying.  Pretty much like every young male growing up I guess.

Just to be clear, I have now made it through the first page of the report.  There are two key lines on page one.  The first is “The Russian government interfered in the 2016 presidential election in a sweeping and systematic fashion.”  It does not say they tried to interfere; it says they interfered.

The second line on page one of the report spills over to the second page.  It is “Although the investigation established that the Russian government perceived it would benefit from a Trump presidency and worked to secure that outcome, and the Campaign expected it would benefit electorally from information stolen and released through Russian efforts, the investigation did not establish that members of the Trump Campaign conspired or coordinated with the Russian government in its election interference activities.”

When Trump says there is “no collusion” he is technically correct.  The investigation could not establish that.  However, this line establishes the fact that the campaign was aware of the Russian efforts and expected to benefit electorally from their interference.  They knew and expected to benefit.  They are complicit in this event.

Why do you suppose Trump is constantly crowing about his electoral victory, over and over again?  Even at CPAC this year, “There is no way to 270”? You know what that means, right? “There is no way to 270.” They couldn’t get me there. We might as well have just given up. But there wasn’t any way to 270.” He was harping again.  Is this some constant psychological reinforcement of his legitimacy?  Maybe “They” did get him there.  The second line quoted from the Mueller report lays out that the campaign was aware of the “They” trying to help with those numbers.  Is it some deep-seated monster from his id that is whispering to his fragile ego?

There is a totally separate investigation going on about why he refuses to release his tax returns.  I suspect that that 10 billion dollars he may possess in one form or another is leveraged to the 10 billion dollars he owes on loans from Deutsche Bank and other entities.  This entity alone has ties to Russian money laundering and has been fined for it.  They had to put systems in place that would notify the US Treasure Department of suspicious activity after they were convicted of money laundering, and they never forwarded those reports to the Treasure Department.  Those answers will come out from Congress’s investigations.  If not in investigations, then in his impeachment trial in the Senate for all the world to see.  That is if anyone in the Senate has read the report and are not complicit.  I am amazed that some intelligence community on this planet has not released Trump’s financials.  They must have them.

Anybody who has read the Mueller Report knows that this is not over.  But Donald J. Trump has not read it.  I doubt that he has made it through the first page.  So, whoever is propping up his fragile ego with the “this is over” story, is complicit for their own reasons.  Stay tune for more as I get through the rest of this.

In bed at night, isolated from the daily chores, a vehicle passes casting light across the wall, across the ceiling, to the next wall.

At night, as during the day, light creates shadows.  A sun-dial tells time as the Earth rotates its way around the star.  Sometimes the entities moving in the dark carry something that catches some faint trace of ambient light, and as the motion carries it on its course, a reflection, a fairy light, a sun-dog moves across the face of the darkness.  It highlights the movements of something in the dark.

Mostly that auto, those creatures, have nothing to do with you.  Mostly.

The deciduous green has come with lilacs blooming in moist May rain.  In a few weeks the peonies flowers will be as gaping wounds.  It is always a nagging thought; will the wound turn gangrenous?  The trenches are muddy and feel empty.  Everybody’s face is new, the old have rotated out one way or another.  The officers are untested.    They cannot be trusted to keep you away from them.  You know that officers are put there to give orders, orders that are expected to be obeyed.  Let the young go over the top, the old who have lived know how to stay out of the rain, and we have learned to not whine about the trench-foot.  When we whimper, it is with the rumble of thunder.  We wish that we could become the destroyer of worlds, yet we know that is the them who he kept us away from.

He was the barrier between us and them.  Here in the trenches of the war on garbage, he kept us from going over the top and charging the Browning water-cooled machine guns.  I found the manual for one of those once.  The party is over, and I cannot stay here because the war never ends.  There are always casualties in wars, innocent bystanders caught under the steel tread. Not heroes, not soldiers, unknown workers who walk through the days and have grown familiar with the cavalry support of War, Pestilence, Famine, and Death.  Professionals because we get paid, get paid, grow old and die.  It is just a job, we did not volunteer.  Nobody volunteers for the war on garbage, they are drafted by economic necessity.  It is the glamour of the youthful illusion of climbing the ladder to a better job.

There is no better job.  One day you realize you are the last man standing in the war.  Taped to a cupboard door, from nine years past is a yellowing article taken out of a local rag on death and jobs.  The war on garbage is number seven.  We made it to the top ten for slipping under the wheels.  The machines have to be fed.  That is on the job.  The life itself, the war sucks your soul because it can never be won.  It can poison you as it did with Jerry piece by piece.  The core issue remains.  We are professionals; we get paid to fight the war.  But the party is over, and I cannot stay here.

Yes, El Presidente is a repugnant human being.  He has the morals of whatever low life vermin you care to compare him to.  Anybody who has been paying attention to him over the last three years since he slid down that escalator, thinking that it was a badly phrased joke, a vainglorious bit of thrill seeking and hucksterism, has learned just how low America has sunk.  We found out just how unhappy Americans are with the system.  No sane person who even had a tiny hint of this moronic buffoon’s history would have put him into his current position.  There really are a lot of unsatisfied Americans.  He is in his late sixties, still fancying he is cute, childlike, and obviously suffering from some form of arrested development.

But he is just a hand puppet of whatever group of people who put him there.  Most leaders at the top rungs of a hierarchy are just positioned there by power brokers, especially when that hierarchy is governmental.  Let us face it, long gone are the days when physical prowess and blood snatch the crown off a fresh corpse.  El Presidente’s attention span is easily disrupted by any bauble, fast food, or flesh pot.  Some handler kept him on track; the forces behind most Presidentes guide their strings with care.  Their handlers have profit margins to look after, stock holders to please, products to move, laborers to manage.  Those laborers have to feel safe to go out and buy the products they are enticed to need.  They have to be convinced that they are in harms way, somebody out there is coming to take their stuff, so they buy weapons.  When you probably have the most heavily armed civilian population on the planet, why do you need the largest military budget as well?  Is it some weird redundancy plan for when your military fails?

If it is not your neighbor who always has the better toys, it is people who are on the wrong side of the tracks, or off the rails clambering to get into your country clubs, coming to take your wives and daughters.  It might be those people from the next state, province, or country.  And when all else fails, Mars needs women.  Some strange mutant has risen from the swamp.  Something, besides Death, is coming to kill you.  Have you planned for your funeral yet?  You do not want to be a burden on your family.  Life insurance, health insurance, auto insurance, legal insurance, you will need all of those as you are never going have that several million dollars to pay off anything that comes your way.  You are never going to have that money that is making money, so you never have to get a job.  Surplus income, what is that?  And if you do not have that you are entertaining yourself too much.   But eat all you want, we will just make more.

Most Presidentes traditionally get to wear a manly military uniform, but our current one only has a tacky suit and golf togs.  His only battles have been trying to not get the clap.  We do not know if he succeeded as his personal physician’s records have been seized and squirreled away.  I believe it was Wilde who said golf is a good way to ruin a perfectly good walk.  We really need a manly test to see if this current role model gets to pretend to be El Presidente for four more years: not golf.  He is reputed to cheat.  Let’s put him in a boxing ring with his leading contender.  He is a brave Presidente.  After over two years of this crap without anybody laying a glove on him, at least to my satisfaction, I want to see this one beaten to a bloody pulp.  I have never felt this way about a sitting El Presidente before.  Sure, prison or a firing squad, but not beaten to a bloody pulp.  My Bad. 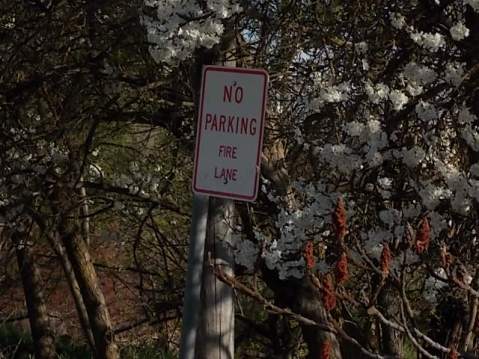 surround us every day.

These characters, protagonists, and pathologies

keep my hopes at bay.

Sometimes I feed off people; sometimes they feed off me.

When it is time for my coffin; I wish they would leave me be.